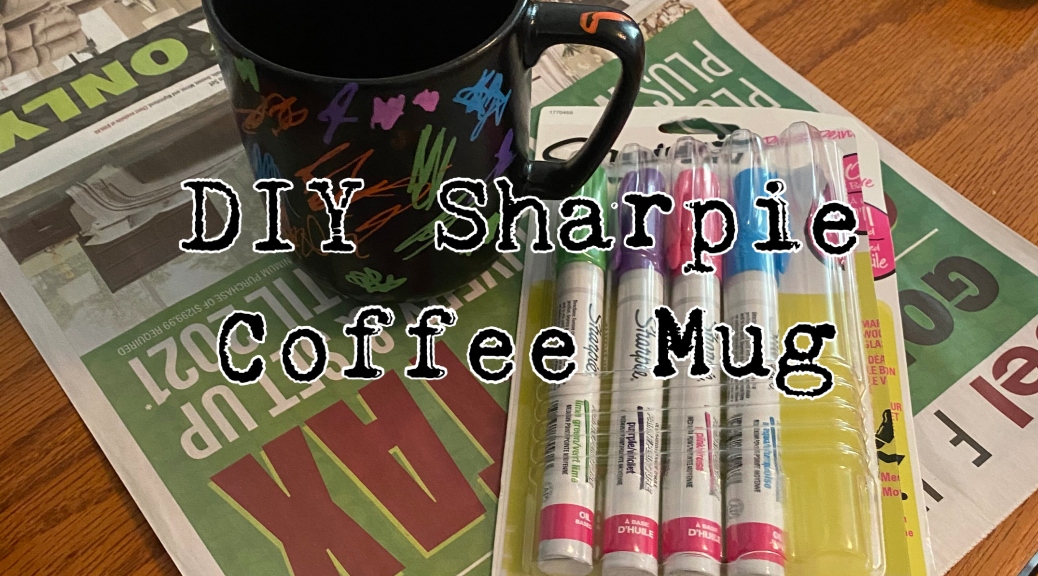 Wash the mug thoroughly and make sure it’s nice and dry before you hand it over to the kiddos. We did this craft a few months ago for Father’s Day, so I used the stickers to spell out ‘Best Daddy’ and let her color over the letters. Since my little girl was about a month shy of three when we did this, I let her pick which colors she wanted to use and I held the mug for her while she scribbled. Once she was done, I let the mug dry for a few minutes before I peeled the stickers off. The oil sharpies bled around the edges a bit, but I used cheap stickers I had lying around from years ago so that’s what I was expecting. For the homemade touch of a Father’s Day gift from the kids, it was perfectly fine that the lettering didn’t come out as crisp and clean as if I was making it as a gift for an adult by an adult.

After the little one is done coloring on the mug, let it sit overnight to allow the paint to properly adhere to the mug. Then you’ll want to put the mug in the oven while it’s still cold and then turn the oven to 300 degrees for about an hour. Other bloggers have done tests on how long the mug needs to stay in the oven and at what temperature, from my research this is the best bet to make sure the paint is baked into the mug and doesn’t bubble up. Which is why it’s important to get a matte finished mug rather than a gloss, since the paint doesn’t adhere to the gloss as well as the matte finish.

After the hour and a half has passed, turn the oven off and let the mug cool down in the oven. Once the oven and mug are both cold again, you’re all done! I haven’t attempted putting this creation in the dishwasher, so I can’t say how well it holds up. I would stick to hand washing just to make sure the art your kiddo worked so hard on doesn’t get ruined.